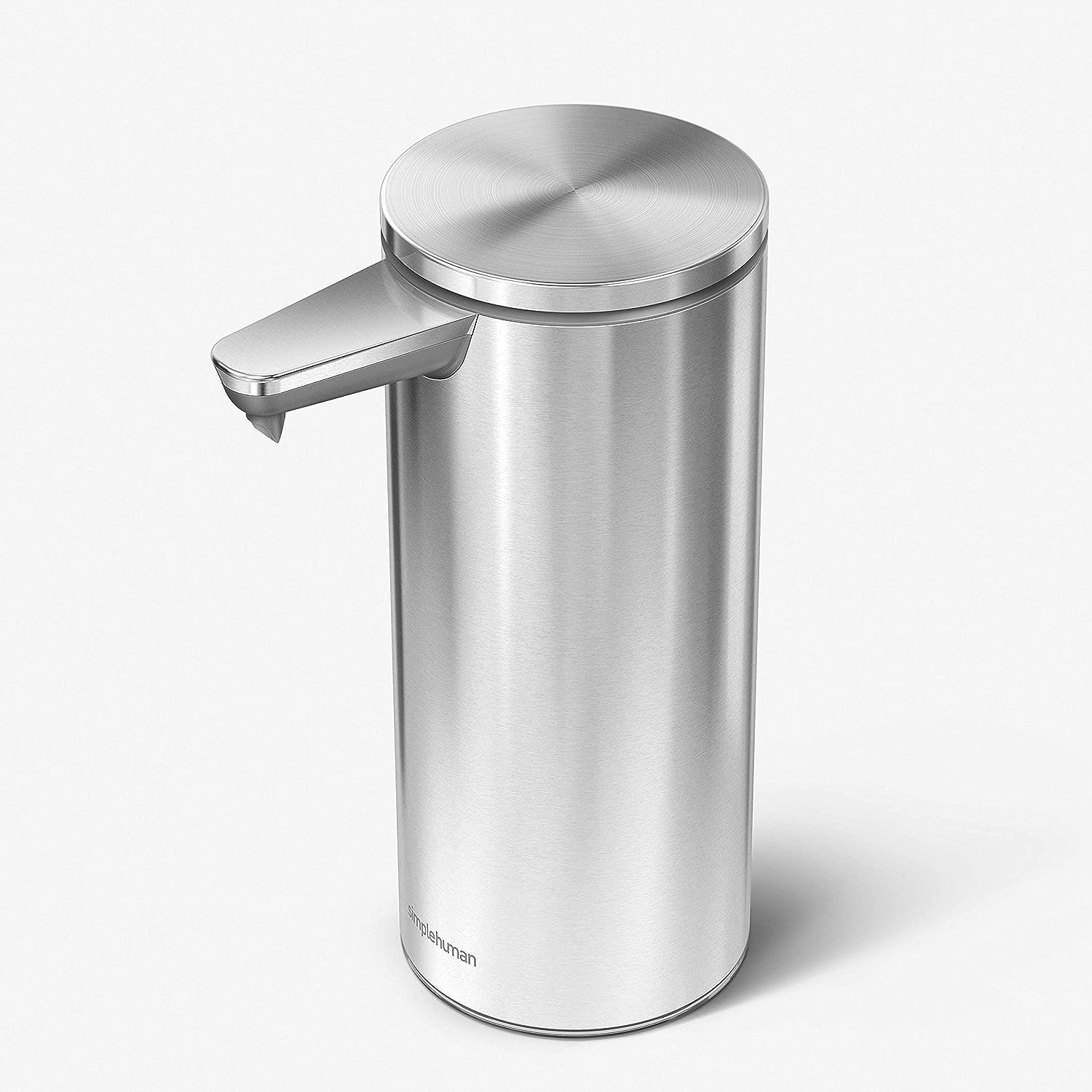 simplehuman's sensor pump is the most efficient way to wash your hands Ã¢ÂÂ no germs or smudges left behind. It has a clog-proof tubing pump that ensures a precise and consistent flow, and the silicone valve prevents messy drips. To control the amount of soap desired, you can position your hand up close to the sensor for a little soap and farther away for more. A funnel refill opening makes refills fast and easy, and it's waterproof for easy cleaning. It recharges with the included charging puck Ã¢ÂÂ one charge lasts up to 3 months. Use simplehuman soap for optimum pump performance.