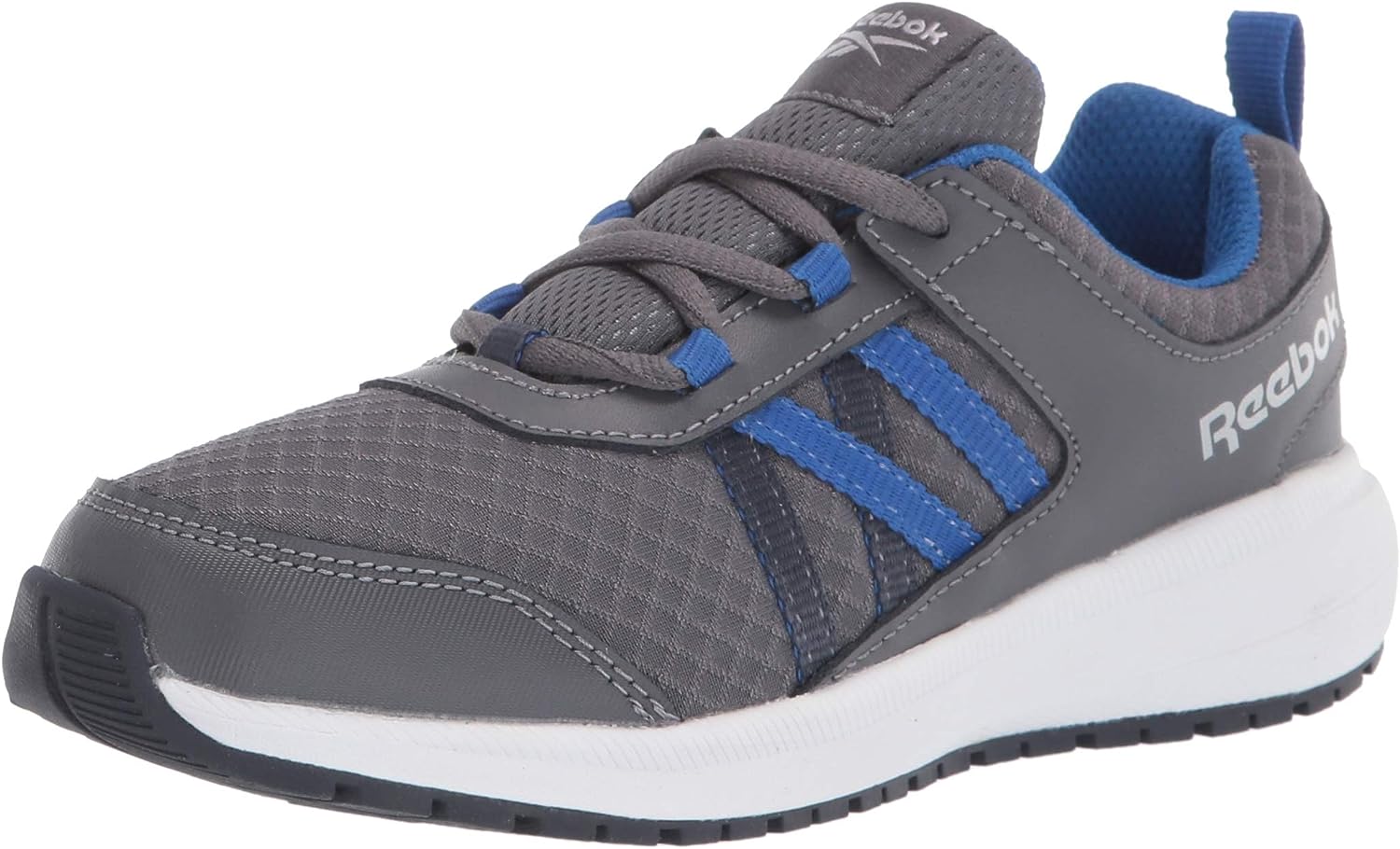 Shoes for kids on the go. These boys' running shoes have a low-cut design so they can sprint, stop and change direction with ease. The textured outsole provides grip on a variety of surfaces.