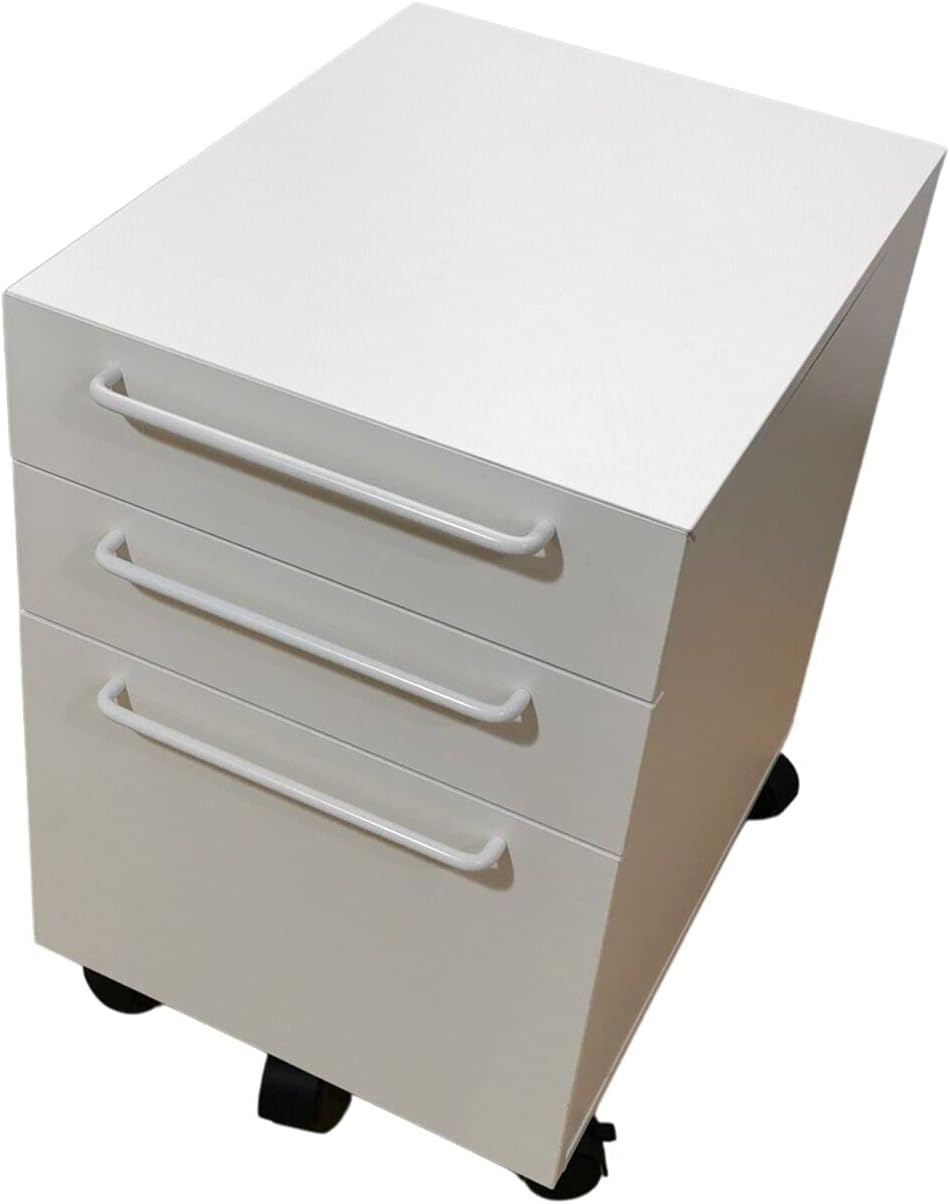 The best way to avoid clutter in the office? Incorporating this file cabinet. Crafted from manufactured wood, it sports a clean-lined design that works well in a variety of aesthetics, while the finish details create some lived-in appeal. Perched on locking wheels, you can move this cabinet with ease and park it wherever you prefer. Its three drawers provide plenty of space to tuck away loose odds and ends, as well as letter-sized documents.